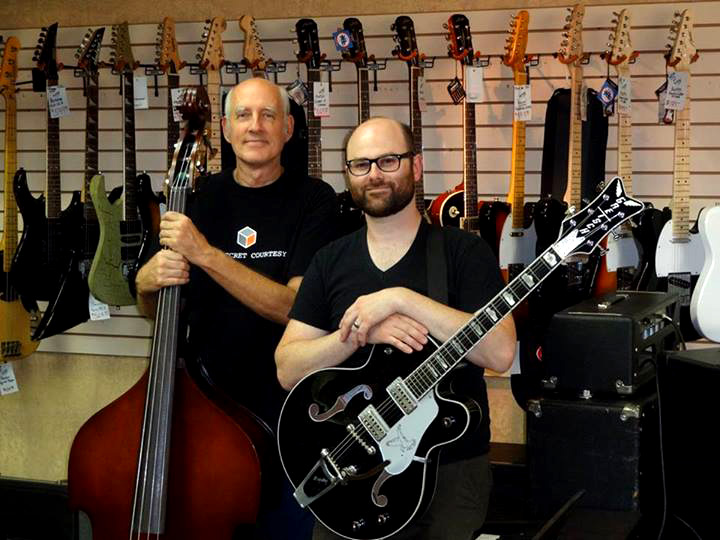 Stanroy Music Center first opened its doors in August 1947 at 622 4th street when the first owner, Stan Goldman, returned to his hometown of Santa Rosa after serving in various Army bands during WWII. From that original store, Stanroy had the spirit and desire to become the leading music store in the North Bay. In 1980 Tupper & Reed purchased the store from Stan and moved it to the 14,000 square foot location at 741 4th street. Since that time the store has continued to keep its commitment to the music community by offering rental instruments to school students, maintaining private teaching studios and having one of the largest instrument repair facilities in the state.

In 2013, Stanroy Music Center reinvented itself once again, purchased by Steve Shirrell and partner Dustin Heald. The store moved briefly to 640 4th St., while the new location was found and extensive renovations were done. We’re now at 850 Fourth Street – a new location with room to spread out and grow, including an airy showroom, comfy studios, a well-stocked repair studios, and an entire floor of storage for our rentals and additional stock. We are so excited about our new location and look forward to showing you around.

Steve and Dustin are as committed to the North Bay musician and musical community as Stan was 60 years ago, and we invite you to rediscover the new Stanroy Music Center for yourself. Let us show you why we’re the oldest full-service music store in Sonoma County, and better than ever!

Give us your email address to stay in the loop on the latest sales and events.
provided by Google Maps
.twitter:hover {